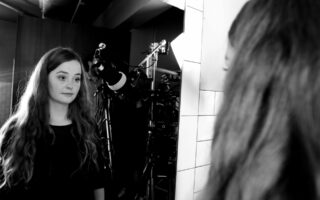 At Omni Productions, working with charities and cause-related organisations is important to us. It gives us the opportunity to share the stories of people who may not have a voice and to raise awareness of the things that really matter. But with this comes the responsibility to do the story justice, as well as the people behind it, by ensuring the film we produce is authentic, emotive and honest.

It’s important to start early on in preproduction and really get to grips with the subject matter and the people behind it. We recently produced three online films for Children’s charity Barnardo’s and the Avon & Somerset Police to raise awareness of child exploitation and worked closely with young people who had been affected by this. We had several meetings with the young people, creative agency 42 Group and the spoken word artists who feature in the film (Inja, Laurie Ogden and Vanessa Kisuule), to ensure we had fully understood what they wanted from the films, the messages that had to be shared and the stories that needed to be told. By doing this we gained a much better understanding of the subject matter and how best to portray it on camera, but also how it affects real people’s lives and the significance of the message.

As with all film productions, it’s vital to keep your target audience in mind and ensure all aspects of the production suits the demographic you are reaching out to. The young people who were involved in the Barnardo’s project were very keen, and rightly so, to ensure that the scripts were young person friendly and didn’t use formal language or jargon which might exclude some people. They also recommended that the overall tone should be supportive but not preachy, and serious but not overbearing, as they felt this would be the most effective approach for the desired audience. Their insight and understanding of the age group was a valuable resource and served as a reminder to always remember who you are making the film for and why.

When it comes to creative and technical decisions, sometimes less is more. It can be easy to fall into the trap of going into too much detail in the script or using cool camera techniques, but this can sometimes draw attention away from the narrative. With the Barnardo’s films, we chose every day locations, simple camera and lighting set ups and allowed the words to speak for themselves. We were lucky to work with talented poets who did a fantastic job of writing and performing the scripts, so we kept everything else low key and natural. We carried this on into post-production, opting for fewer cuts and longer shots, again allowing the message to be at the forefront of the production.

Cause related films are worthwhile, rewarding and serve a meaningful purpose. It’s something we love to be part of.